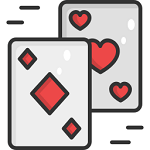 Chemin de fer (also known as “chemmy”) is a baccarat variant which is quicker to play than the original version at online casinos. It is a French term which means “railway”. This baccarat variant came into being in the 19th century when trains were the fastest means of transportation. The name of the casino game is believed to have been derived from this.

Read more about this exciting variation of the baccarat game!

Like other online baccarat variants, this game has its own rules which sets it apart. In order for gamblers to make the most of their chemin de fer game, they need to know how the game works. Below are some of the basic rules of this baccarat version. 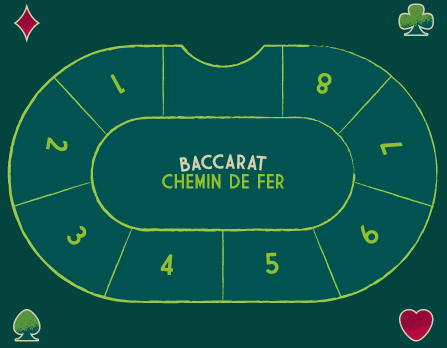 In chemin de fer, gamblers have some options. So, a certain level of skill is allowed. Below are some strategies the player can make use of when playing this baccarat variant.

Gamblers in South Africa who want to try chemin de fer for the first time without putting money at stake can try the free baccarat version. This is also a good option for players who do not want to play for real money at all. Baccarat is an entertaining table game, and this version of it can be quite exciting to play. In addition to this baccarat variant, SA gamblers can enjoy others such as Punto Banco and Baccarat Banque.