Tsogo Sun Holdings, one of South Africa’s biggest entertainment and leisure groups, has revealed that it is urgently building its own water supply for its Cape Town hotels. The city’s major water crisis influences the move. The private desalination plant is expected to operate early next month at the latest. 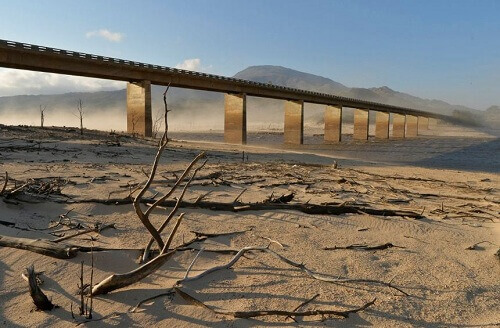 Fifteen years ago, experts alerted that the Mother City was experiencing a serious water challenge. They have raised their concerns repeatedly in the media that unless action was taken, water would run dry at around this time.

Now due to the repeated fail in winter rains, dam levels in Cape Town have seriously dropped, and the city is in the grip of a catastrophic three-year-long drought.

Authorities in the Western Cape have threatened to cut out 75% of normal water supply on the so-called Day Zero. That is the 11 May 2018.  More than one million homes in residential suburbs will no longer have running tap water.

The situation has led Tsogo Sun to come up with a private solution for water supply. This is building their own alternative water source set to be in operation by early March 2018. Guests visiting any of Tsogo Sun hotels in Cape Town won’t have a problem with purified water to drink, showering, bathing, flushing toilets etc.

On Wednesday, Ravi Nadasen, the COO of Tsogo Sun announced to the media in Johannesburg.

“There is a plan in place that all of the alternative water sources will come on board before Day Zero comes,” said Nadasen. “The current situation in Cape Town is going to become the new normal. We’ve got to be responsible as well.”

Cape Town is regarded one of Africa’s biggest tourist destinations. According to the South African Department of Tourism, the city sees about 1.6 million tourists per year, spending about R40 billion.

In the current, residents in Cape Town have been advised to use water sparingly. Each person is allocated 50 litres a day. Bath plugs have also been removed at the city’s hotels.