Former football star, actor and recent parolee O.J. Simpson has been banned from entering Cosmopolitan Hotel-Casino premises in Las Vegas over alleged “drunkenness and disruptive behaviour” at the hotel’s bar this week. Simpson’s attorney Malcolm LaVergne says the claims made against his client are untrue. 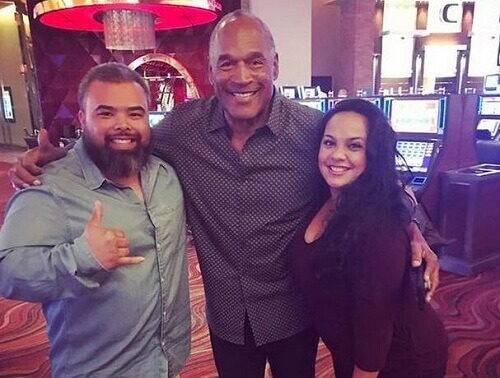 Speaking to The Associated Press on Thursday, LaVergne said the Cosmopolitan hotel-casino served Simpson a trespass notice on Wednesday. He says the notice did not stipulate any reason as to why Simpson was banned from the hotel’s property.

However, recent media reports allege that O.J. Simpson was thrown out of the premises for being ‘drunk and disruptive’ at the hotel’s bar. LaVergne rubbishes the claims, backing up that Simpson called his parole officer on Thursday, whom then ran drug and alcohol tests which came out negative.

According to other reports, Simpson’s attorney claimed that the Cosmopolitan hotel-casino had decided before his client’s visit, to prohibit him from the hotel’s premises. He says Simpson left the property quietly after he was notified of the resort’s decision.

According to two witnesses interviewed by 13 Action News, O.J. Simpson was not seen drinking. In fact, he appeared “very nice [and] very cordial,” one person claimed.

Simpson has since challenged anyone with proof that he was, in fact, drunk and disruptive to come forward. This as a step to ensure that his parole officer is clear about what really happened.

The attorney for the Cosmopolitan hotel and casino issued a statement saying that the resort exercised its right to issue a trespass notice. “Any private property in Nevada has the right to tell any person that you are trespassing and please don’t come back. If you come back you are subject to a misdemeanour arrest,” the statement went on to read.

O.J. Simpson was recently spotted in pictures with fans at the Red Rock Casino Resort in Las Vegas. His presence at the casino angered local residents and set social media abuzz with calls for the casino to ban him from its premises. Red Rock Casino is owned by the same group which owns the Palace Station Casino Resort, where Simpson was arrested for armed robbery and kidnapping in 2007.

Moreover, O.J. Simpson was released on parole from Lovelock Correctional Centre in Nevada last month. He was given a 33-year sentence on different counts of charges, but served nine years for armed robbery and burglary. Simpson’s murder charges for his wife and her friend were cleared.

Simpson’s parole conditions do not prohibit him from gambling, and they allow for him to consume alcoholic beverages. However, his blood-alcohol level should not exceed .08.