Home » How Can I Win SA Lotto?

How Can I Win SA Lotto? – The Key to Winning the Lottery

Everyone dreams of winning the lottery every now and then – to quit that job, going on a vacation, buying your dream house, and that luxury car. Who doesn’t want the soft life? All it takes is one entry into the SA lottery draw, and your life could change in an instant.

But what are the odds? Winning the lottery involves exceptionally long odds, especially if the jackpot means a lot of money, and this is no secret. What’s more, the lottery is a game of chance. Which means that all lotto games are designed to benefit the house. 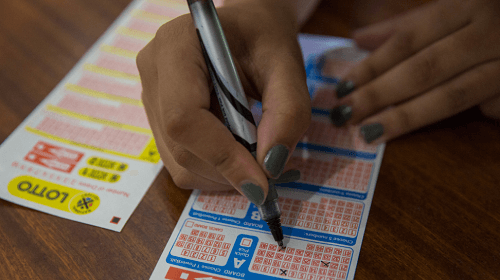 Some players can tell you that they have played the lottery for over 10 years and have never won a jackpot. While stories of some are that they have eventually won after so many years of playing or simply won though they are not regular players.

Although there is no secret or trick to winning Lotto, there are helpful tips and strategies that can increase your chances of winning, and below are some of them.

Unless you are very lucky, six consecutive numbers are highly unlikely to be drawn in a lottery game. Only on 1 December 2020, the numbers 5, 6, 7, 8, 9 +10 were drawn in the Powerball draw. The first-ever in the history of the National Lottery, if not all lotteries in the world.

Also, wagering on birthday numbers is a silly obsession that should be left out. The lottery allows you to bet from numbers 1 to 52, and if you are going to bet birthdays, you will be leaving numbers from 32 out as there is no such a date.

In the history of the South African lottery, quick picks prove to have worked for some jackpot winners. So, giving it a shot rather your own numbers could come in handy. Below are some of the quick pick winners in SA lottery games:

Repeating numbers is a good strategy to win the lottery. The machines might finally catch up with your numbers than they would if you changed them every week.

In fact, one lucky jackpot winner won a whooping R153 million in Powerball Plus on July 2020, after a few rollovers when he had entered his numbers in 10 consecutive draws.

Well, this is no secret as we have seen some lucky players win second-chance games. So, next time you play Lotto, make sure to also select Lotto Plus 1 and Lotto Plus 2 for another chance of winning a jackpot. Although they come at an additional cost, they could be worth your while.

The same goes with playing Powerball, also go for the Powerball Plus, although the jackpot may be lower.

Buying more tickets increases your chance of winning. This is because you will have more playing boards. Therefore either one could prove you lucky. But, no pressure if you don’t have money. Stick to what you can afford as more tickets don’t necessarily guarantee you a win. People have won from playing with just R15, which is two lines.

How Many Numbers Do You Need to Win the Lotto in South Africa?

What Happens If You Win the Lotto in South Africa?

If you win the lotto in South Africa, you must claim your prize within 365 days of winning. Prizes of up to R2,000 can be claimed at local retailers or directly paid into your lottery or bank account, depending on the method used to play.

While prizes of R2,001-R49,999.99 can be claimed at authorized centres and greater at the National Lottery office.

Just be sure to spend it wisely and get counselling, so that you don’t end up on I Blew It!

If you like international lottery games or similarly styled games such as bingo, keno, and scratch cards, you can give them a try at our top-rated casinos. There are plenty of lottery games to try out, offering up to millions of Rands!

Top Casinos to Try Out

How Do You Play Lightning Roulette?