Barcelona has released a fixture – and Mamelodi Sundowns is not in it. South African soccer fans were buzzing earlier this week after the Premier Soccer League (PSL) announced that it had granted the club permission to lock horns with the La Liga champions at the FNB stadium in Johannesburg on Wednesday, 16 May. But, at the moment anxiety is creeping in as Barca hasn’t said a word regarding the friendly game. Read on. 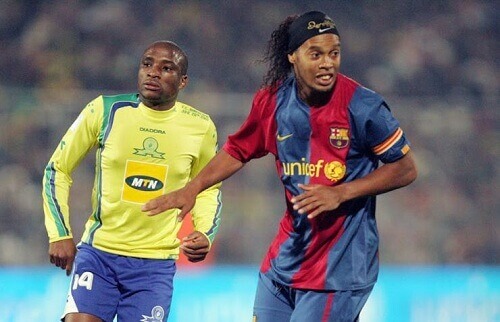 Barcelona vs Mamelodi Sundowns – 16 May 2018 Friendly

On Monday, the PSL said that it permits Masandawana to take on a friendly match with Barcelona next week. But, not a word has been said by FC Barcelona.

“The Premier Soccer League (PSL) received a request from Mamelodi Sundowns to play an international club friendly match against FC Barcelona‚” said PSL in a statement.

“The League has always followed the same approach in respect of friendly matches, in particular, when these will (or might) impact the League or Cup competitions. This request‚ however‚ was of extraordinary nature as it formed part of the Madiba Centenary Celebrations.

The PSL statement concluded by reading that the friendly match had “direct support from sponsors Nedbank and the Government in light of the nature and importance of the event and the part football plays in bringing South Africans together.”

On Tuesday, the Confederation of African Football (CAF) also gave the soccer match a green light. CAF confirmed on a letter that it allows Masandawana to reschedule their 15th May Champions League match against Horoya to play Barcelona. The team would have travelled for their second group stage match in Conakry, Guinea.  However, Sundowns will pay for production costs as the postponement means TV production and flight tickets will be affected. Around R125 000 will be “deducted from Sundowns’ revenue”.

Barca, Where is the Match?

But, the question now is will the match REALLY take place?  Barcelona has been silent on the international club friendly game, as already mentioned. And, surprisingly, the club released a fixture which makes no mention of a game scheduled for Barcelona and Sundowns.

To date, there has been no information about ticket sales or logistics. 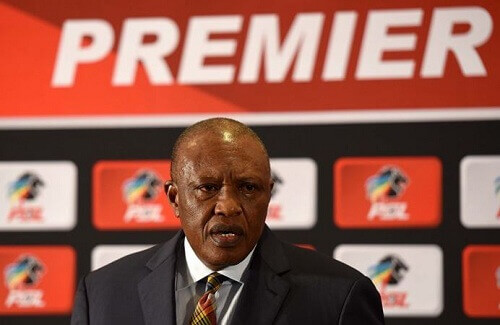 More so, the Spanish giants initially visited South Africa in 2007 and defeated Sundowns 2-1 at the Loftus Versfeld Stadium in Tshwane.

So, while we wait– partake in sports betting at our highly recommended South African Online Casinos here!