Nasir Hossain, Taskin Ahmed and Shafiul Islam did not gamble at the East London casino which they were spotted at. In fact, the three cricketers only had ‘some food’ at the place. Those were the words of Bangladesh Cricket Board president, Nazmul Hasan. The BCB head clarified to the media on Tuesday while submitting his nomination papers for the upcoming board elections. 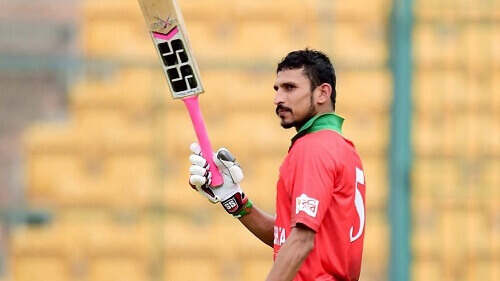 The three Bangladeshi cricket players made international headlines after reportedly being seen at a casino in East London – shortly after the team’s 200-run loss to South Africa in the final ODI on Sunday.

However, the reported stopover was against the time set by the team management.

“They returned at 10:34 pm whereas everyone is expected to go back to their room by 10,” says Nazmul. And, for this reason, the cricket board will probe and take necessary action against the three players for breaking team rules while on tour. “It was a mistake, and we will look into it, but from what I learnt they did not gamble and only had some food at the place. They went to a nearby shopping mall where they met [SA cricketers] AB de Villiers and Rabada, and later they went to the casino along with them. There were some machines placed in that place to play games,” he stated.

On Monday, the team’s manager in South Africa, Minhajul Abedin, issued a ‘soft denial’ saying the Bangladeshi players assured him that they would return to the accommodation in time.

However, the cricket board says it “will definitely investigate the matter and appropriate action”. In the meantime, the board is waiting for the team management to submit a report after the tour.

“If it was a matter of one player we could have taken a drastic step but as there are three cricketers involved we need to take some time,” said Nazmul.

So far, Bangladesh has lost all international fixtures on the current tour.