A cross-play between Microsoft’s Xbox One and PS4 is possible – but only if Sony allows it! The news come after it was announced last week, that Xbox Fortnite players would, on an upcoming mobile version of Epic Gaming’s Battle Royale shooter, be able to battle other players. Meanwhile, PlayStation 4 players would battle their friends on PC. Read on. 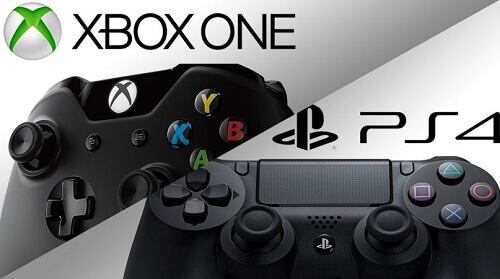 Both Xbox One and PS4 players have been cudgelling their brains after the two announcements, wondering if a cross-play would happen between the console platforms. The good news is that both Epic Games and Microsoft are open to the idea. However, it’s all up to Sony to allow it to happen.

On Saturday, a fan enthused to Xbox boss Phil Spencer on Twitter saying that they would like to have Xbox One players and PS4 battling each other on Fortnite. Spencer responded “Me 2” and the official Twitter account for Fornite followed with a “We 3”.

But, unfortunately Sony hasn’t given a nod for the cross-play until today. In the long run, Rocket League players also pleaded for this.

Epic Game’s Battle Royale mode will be available for players to play on both Android and iOS mobile devices. Gamers will also be able to challenge other players on other platforms.

Starting today, the 12th of March, players who are interested can register at the official Fortnite website for the iOS “Invite Event”. Thereafter, email invitations will be sent to them with a link to download the game. Invitations will continue over the next months.

However, a version for Android is not available as yet – but it will follow in a few months. No exact window of time for the release was announced. The Fornite Battle Royale will also feature a cross-progression and cross-play between Mac and PC.

In the meantime make gaming on your PC or mobile device worthwhile by playing the best online games for free or for real money at the best online casinos in South Africa.