On Wednesday, the global auditing firm, PwC released its sixth edition of the gambling outlook for South Africa: 2017-2021. According to the report, South Africa’s gross gambling revenues (GGR) might grow from last year’s R27 billion to R35bn in 2021. A 5.4% compound annual increase is projected in gambling taxes and levies. 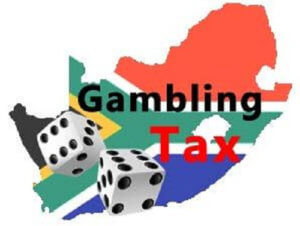 The GGR for casinos, betting, limited payout machines, and bingo saw a 3.9% increase in 2016 compared to the previous year. Casinos are said to be major contributors to gambling taxes and levies in SA.

In 2016, the gambling revenues from casinos amounted to R2 billion, with Gauteng holding the first spot at R1 billion, accounting to 37% overall. Kwazulu-Natal and the Western Cape Province followed with R624 million and R591 million, respectively. The two provinces had the highest shares of taxes and levies as GGR percentage. On the fourth spot was Eastern Cape with R171 million, followed by the North West at R115 million. The remaining provinces were below R100 million.

Betting followed as the second-largest gambling category, contributing R430 million in GGR. It comprises of pari-mutuel betting on horse racing fixed-odds, bookmaking on sports events, and taking bets on the outcome of lotteries.

Bingo, which consists of traditional bingo and electronic bingo terminals, was reported the fastest-growing category marking an overall increase of 36.6 % in GGR. The Gauteng province accounted for 64% of total bingo GGR in 2016.

According to the report, lottery ticket sales saw a decline between 2012 and 2016. The possible reason for the drop being illegal lottery operations – which most are now closed, according to a report from the National Lotteries Commission.

Nevertheless, the recent PwC report highlights that the gross lottery tickets rose in 2016, increasing the GGR by 34.7% to R2.98 billion.

More on the gambling outlook report

The gambling outlook report further gave credit to sporting events in the country, citing that they further boost betting volumes. It mentioned major tournaments such as the FIFA World Cup, the Rugby World Cup and the European Championship. The PwC says it forecasts double-digit increases in 2018 and 2020.