The Premier of KwaZulu-Natal, Willies Mchunu, has unveiled the new members of the province’s Gambling and Betting Board. The directorate consists of a total of nine new members.

The KZN Gambling and Betting Board 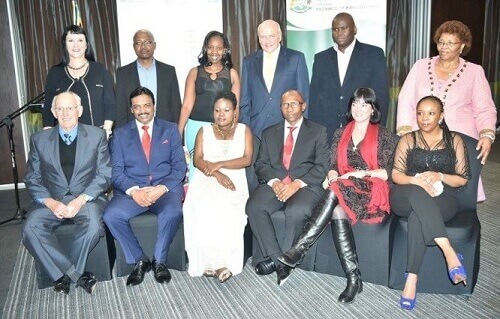 Mchunu congratulated and thanked the new board members for accepting their positions on the board.

“I would like to firstly congratulate you all collectively and also to thank you for having accepted to take your places as members of the KwaZulu-Natal Gaming and Betting Board,” said Mchunu.

“Members of the public have confidence in you and you cannot disappoint them,” he added.

The new board comes after a rowdy history from the preceding board. The former board was allegedly one of the most worrying issues Mchunu has had to deal with since taking office in 2016.

What’s Expected from the New Board?

The Premier says although the history of the board has made it hard to carry on as normal, the new convocation must have continuity, sustainability as well as carry institutional memory. He further indicated that the new board of directors must be only responsible to the law and act as an independent authority. Mchunu said he and the overall new board of members would ensure that the matters of the board are not affected or influenced by the executive authority.

“Do not lose sight of one other Act which with good reason has been passed by our government and that is the Broad Based Black Empowerment Act,” said the Premier.

When the new committee begins operations,  it will do so from the Department of Economic Development Tourism and Environmental Affairs.

Below is the full list of the new KwaZulu-Natal Gambling and Betting Board:

Premier Mchunu said the betting and gaming industry could be a bug catalyst for economic development in South Africa, which will promote tourism and employment.