Crown Melbourne’s Crown Casino is in boiling water over allegations of deliberately tampering with slot machines to decrease the chances of players winning.

Three anonymous whistle-blowers – who claim to be Crown Casino’s ex-employees – made these serious allegations on a video interview tabled by Tasmanian politician and independent MP Andrew Wilkie. The 30-minute heavily-filtered footage was recorded at the Australian federal parliament on Wednesday.  The former employees also revealed allegations of drug use and domestic violence on Crown’s premises. 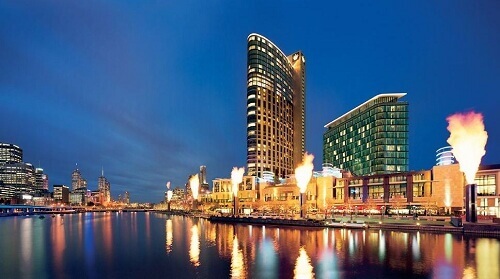 The sources also reveal shocking allegations of fraudulent activities in the casino.

The former workers at Crown, one identified as a technician and the other as a gaming attendant, also made allegations of domestic abuse at Crown’s hotel. They mention how the resort turned a blind eye on an incident whereby an international guest and player at Crown Casino assaulted his wife. The sources say Crown Resorts failed to report the matter and instead separated the couple into different rooms.

The interviewees also allege that on a daily, casino players would openly smoke marijuana at one of the VIP gaming rooms and no action would be taken by management at the casino.

The resort, owned by multi-billionaire businessman James Packer rejects the claims in a brief statement to the Australian Stock Exchange.  It says it calls on the MP to submit immediately, all the information relating to the allegations to relevant authorities.

According to numerous reports, Crown Resorts’ shares declined by more than 8 percent when these allegations surfaced. The resort lost more than AU$350 million in share price.

Relevant authorities are looking into the allegations against Crown Casino and the resort’s hotel.