A maintenance administrator at Sibaya Casino and Entertainment, Chrisintha Moodley, is set to star in the sequel of the legendary South African Indian movie, Broken Promises 4. The comedy series shot in Phoenix, Tongaat and Durban CBD took auditions in April 2017 and is set to debut in February this year. 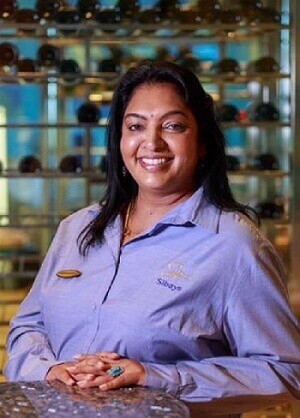 A Dream Come True for Moodley

Chrisintha Moodley, who’s also the former Mrs Phoenix, is one of the new actresses to feature in Broken Promises 4. The comedy series is produced and directed by Kumaran Naidu of Garuda Motion Pictures.

Moodley, who was overwhelmed by the opportunity, said: “From the time I met with Kumaran Naidu for the audition in April 2017, I knew I wanted to work with him on this movie. I could see that he is easy to work with; and such a gentleman. The movie is my next big adventure after my year-long reign as Mrs Phoenix 2016/2017 which concluded in October 2017”.

The casino clerk at Sibaya Casino and Entertainment added that her reign is what gave her the platform to soar, and that she was grateful for the support from her community. “Suddenly being recognised by the community [is] very humbling. However, being Mrs Phoenix gave me the platform to take my charity and community work that I have been doing for many years to new heights, ” she said.

Broken Promises 4 is set for release just next month. Naidu shared the synopsis for the film saying it will continue with the adventures of the Padayachee family.  Your favourite characters from the previous movies; Amsugi, Reuben, Saras, Bommi, and others are back.

“This time, we focus primarily on a grown-up Mandoza (Reuben’s son). There is some confusion regarding him and the family gets the wrong end of the stick. The movie has a number of twists and keeps the viewer in suspense. We also get insight into Amsugi’s past with her husband Tony,” said Naidu.

Naidu is a well-known producer, director and scriptwriter for the film, and has been in the industry for 15 years. To date he has six movies and a 26-episode series which aired on DSTV. Broken Promises 4 will be his seventh movie.